The FFDC Executive Board has passed a resolution proclaiming that we stand in solidarity with the call by students of Marjory Stoneman Douglas High School for a School Walkout on March 14, 2018, to promote the enactment of common sense gun safety laws. The Club also will be marching for gun safety reform as we support the March for our Lives organized by Parkland, Florida students. 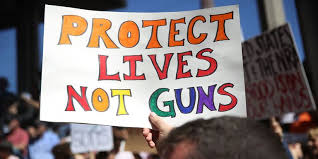 March 14th will be the one month anniversary of the murder of 17 members of Marjory Stoneman Douglas High School community by a gunman wielding an AR-15 that he legally and easily purchased. For 17 minutes at 10am across every time zone on March 14th, students will walk out of class to protest Congress’ refusal to do more than tweet thoughts and prayers in response to the gun violence plaguing our schools and neighborhoods. Students and allies are organizing the national school walkout to demand Congress pass legislation to keep us all safe from gun violence at our schools, on our streets and in our homes and places of worship.

We call on educators to recognize the right and duty of students to peacefully protest and to not discipline students for participating in this peaceful protest. We applaud the many institutions of higher learning who have issued statements that they will not make adverse admissions decisions based on a student receiving discipline for non-violent protest.

Then, on March 24th, students and families of the Marjory Stoneman Douglas community will take to the streets of Washington DC to demand that their lives and safety become a priority and that we take steps to end gun violence and mass shootings in our schools today. Supporting marches will be conducted in local communities worldwide.  At the time of the posting of this article, 384 marches are being organized globally.