The Four Freedoms Democratic Club has endorsed a full slate of 7 Judicial Delegate and 7 Alternate Judicial Delegate candidates. Our candidates were endorsed at an open meeting this past May, and we are extremely proud to support them. They include attorneys and community activists. They are our neighbors, and they are all committed to electing qualified, independent judges. 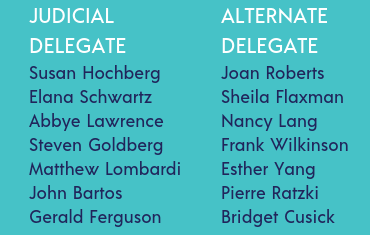 So, what do Judicial Delegates do? In most years there are vacancies within the State Supreme Court. These judges are elected during the general election in November, but the Democratic nominees are not selected in normal primary like most other offices. Instead, the Democratic nominees for State Supreme Court are selected at a convention which convenes in September, following the state primary. This convention is made up of delegates who are elected during the primary.

If you'd like to learn more, the Chelsea Reform Democratic Club has a really excellent write up on this whole process, which we encourage you to read.